Toronto is a North American metropolis that has started to get its due with the likes of New York, Chicago and Paris in the last decade or so. It’s a been a slow ascend to global recognition and the current housing market is a glimpse into the value of Toronto both for businesses and residents.

What Defines a Housing Bubble?

A housing bubble is usually defined by a noticeable uptick in housing prices based on demand but fueled by speculation. The bubble grows as demand increases but as the demand is met by supply the bubble has the potential to burst. Much of this is artificial. The demand was never real and more of a miscalculation by buyers.

Why Toronto’s Market isn’t a Bubble

The bubble that so many people and pundits have warned against is probably just Toronto catching up to other major cities. The speed and craziness of it all makes it feel dangerously like a bubble, but it’s on par with what other major cities have experienced.

As Canada’s foremost job creator, Toronto constantly attracts newcomers from all over the world. Every year new industries and companies open or expand in Toronto and this brings waves of people. People need a place to live which fuels the housing market. It’s hard to fathom this changing any time soon.

There are few safe investments in the world. Most markets and industries are mired with variables that can drop or drive value. That’s the reality that investors face. The Toronto real estate market offers a safer bet since it has provided relative returns year over year for a while now. Even the condo market has defied expectations and grown with more growth predicted on the horizon.

The term “bubble” gets thrown around a lot and if one honestly looks at Toronto Real Estate and how the city is expanding, it feels like a genuine investment opportunity. There might be dips here and there but it doesn’t have the signs of bursting.

The Impact of Government Intervention on the Housing Market 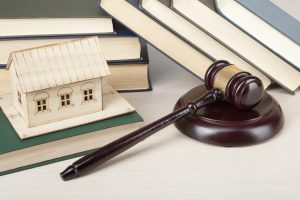 Canada’s housing market is vital to the national economy. To secure its health, all levels of Government must monitor the market and proactively step in when the warning signs become clear. In major cities, strong housing usually means strong employment rates and other signs of prosperity.

Only a few months ago, banks were urging the Federal Government to intervene in Toronto and Vancouver’s housing markets to offset the price increases from earlier in the year.

To stabilize or stimulate the housing market, Governments can implement several action plans or items:

These are proven ideas but success is never guaranteed.

To curb defaults and protect borrowers, the Government implemented a stress test, which made it more prohibitive for most people to get a mortgage. Essentially, a borrower had to be able to afford a mortgage at a much higher rate, proving they could withstand an interest rate hike if it were to ever happen.

This was a measure to stabilize the market by creating a barrier to entry.

The pros for Government intervention is evident. In some cases, markets can correct themselves over time, but many times, help is needed. They require legislation that puts homeowners first or has the goal of getting citizens into their first home.  The Government has the means, resources and motivation to want a strong housing market.

The consequences of Government intervention are that it could benefit lenders more than borrowers or have the interest of builders in mind. Any strategy that doesn’t put homeowners first could negatively impact the market and citizens in the long run.

Above all, the national housing market specifically in Toronto and Vancouver needs to be strong and the Government needs to do what it can to ensure its growth.

What Information is Needed for a Loan Application?

A loan application is thorough and requires a lot of supporting documentation. It can be something of financial audit meaning applicants need to have their numbers in order if they want to get approved.

The information that will be required depends on the type of loan, and in some cases varies based on the applicant’s situation. For instance, a self-employed applicant requires more proof of employment and a first-time homebuyer could be asked to submit additional information.

Let’s review what information is generally required for a loan application.

Lenders need to know who they are considering so applicants need to provide a lot of personal information. This can include but is not limited to:

If you require a co-signer, then the borrower will need the same information for them as part of your application.

You will need to a provide credit history to lenders, including a credit score. This will also help determine your interest rate and amortization options. This history provides insight into how you repay loans and your monthly debt load, both key factors to a lender.

It doesn’t matter if you’re applying for a mortgage, second mortgage, home equity line of credit, a car loan or a small business loan, you must submit your credit history to be scrutinized.

For a loan to buy a property, you must pay for an appraisal or inspection. Once completed, the lender will ask you to submit the findings. The lender wants to make sure that you are paying for value and not overpaying for a declining or flawed asset. A lender is the one forking the bill for your property so they want to make sure its major systems are running and that it is a worthy investment.

Contact us today to learn more about the loan application process. We can walk you through everything you need to do and help you understand what your loan could look like with respect to interest rate and repayment.

How to Budget for a Home Purchase

Owning a home is quite certainly on most people’s minds. But given the current situation of the growing real estate prices in the GTA, this may seem like a pipe dream to many. Purchasing a house for the first time, finding a bigger property, or even simply moving to a more desirable location could be out of reach financially.

Budgeting a large amount for something as significant as a home can be daunting, but here are some tips to help you save up.

Determine how much money you need

Take into account what you can afford to spend on mortgage payments, including potential maintenance fees and various other expenses. If you currently own a property that you will sell before moving, there will be equity from which to take. However, you also need to figure out where to live and the size of the home you need. Where you choose to lay your hat will be a major factor in the cost of your new house and what you need to budget.

Set aside some monthly funds

Tuck away a portion of every pay cheque you receive into a savings account from which you purposefully do not withdraw. Your income (as well as your spouse’s or significant other’s income if the home will be a co-purchase) also plays a significant role in the size of the mortgage you will be able to obtain.

Cut back on unnecessary purchases and make some frugal adjustments to your lifestyle, if needed, such as packing lunches and dining at home, and skipping outside entertainment activities for now. This will help you sustain more of the money you earn each month to put towards a new home.

Mortgages are obviously in place because only the illusive one percent can possibly afford buying a home outright. That means the rest of people need to save up for at least the down payment, with enough left over and a steady stream of income to manage monthly payments and other regular bills, such as hydro and utilities. Simply set realistic goals and give yourself some time to make it happen.