Achieving the Dream of Owning a Vacation Home

What’s better than escaping the harsh Canadian winters to your own private villa in Mexico or a beach house in Miami? Or maybe it’s owning a cottage that your family can enjoy on weekends?

Wherever your dream vacation home is located, owning one takes money and a financial plan to achieve. The good news is that you might have options that don’t include winning the lottery or discovering you had a rich uncle.

Can you Fund your Vacation Home with a Loan?

Loans aren’t meant to be used frivolously and while a vacation home can feel like a luxury, it can also be an investment. Properties as assets are historically very secure, so using different loan types to invest in a vacation home could work in your favour.

If you plan on treating a vacation like a second home that will aid in your retirement than borrowing might be an option if you can afford the second mortgage.

Invest in the Proper Research

Scour the web and speak to realtors and travel agents to find an under-the-radar spot to buy a vacation home. You’ll pay less and potentially find an intriguing opportunity to turn a profit.

This might mean Arizona instead of Mexico or a cottage outside of Muskoka, but a bit of sacrifice could result in a vacation home and a sound investment.

Another option is to co-own a vacation home with another person or family. It could be in a timeshare situation, where you would own under specific circumstances with strangers. Alternatively, you could find the right person in your network to invest in the venture.

Should I Apply for a Second Mortgage?

A second mortgage is a mortgage taken out on a property that is already mortgaged. Using this type of loan to finance a vacation home isn’t uncommon. You could then use a home equity line of credit for any repairs or renovations.

Finding a property for a reasonable price in a desirable area can turn a loan into both a vacation home and an investment.

Even if your savings account isn’t flush, a vacation home can be a reality. Speak with a mortgage expert to review your finances to see if you can make it work. 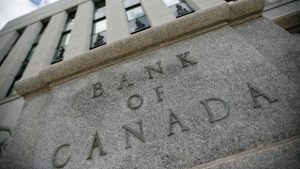 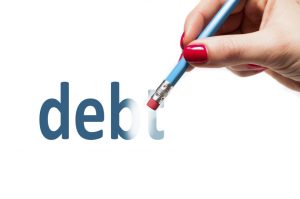 Personal debt can weigh on a person. It can take an emotional toll and affect someone’s relationships, job or their ability to buy a home or a car. Underlying the negative impact of debt is the tanking of your credit rating.

You don’t need good credit to fix your debt problem. While every situation is equipped with its own set of challenges, debt consolidation is a solution that can help many people. It can straighten out finances, reduce monthly costs and can help someone regain control over their life.

Here are some tips for consolidating debt:

Find the root of the problem

Are you living beyond your means? Are you paying off the debt with the lowest interest rate? Do you need to downgrade your home? Most people might be surprised to learn where their debt stems from and that there might be some obvious ways that one could tackle the problem.

It takes an honest approach to understand what is fueling your debt.

With debt consolidation, there’s no one size fits all. You need to understand all your options. Transferring debt or securing a loan are just two of the options. In certain cases, you could even opt for a debt settlement.

Whatever option you chose, the best course of action is to create a debt management plan. This plan can be crafted by a credit counselor or debt expert or it can be an agreement between you and your creditors that outlines the repayment plan in exchange for lower interest rates.

Without knowledge or a plan, you could thwart your efforts for a debt-free life instead of enabling it.

None of this matters if you aren’t working with a true debt professional. Choose the right partner who can help you draft a realistic plan that will get you out of debt with as little disruption to your life as possible.