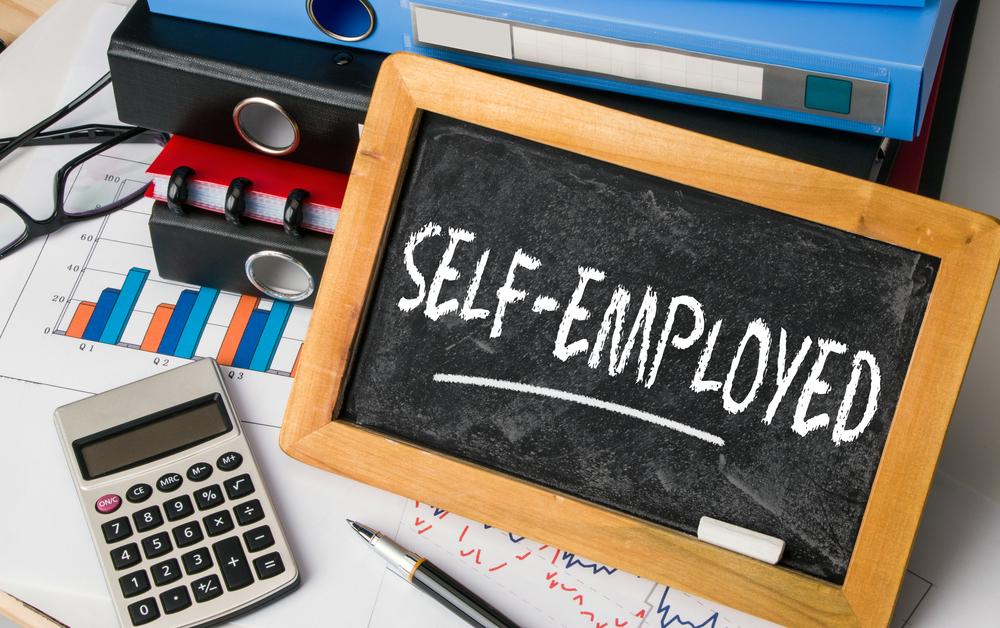 Mortgages for the Self-Employed

In Canada, over the last few decades, there have been slow but steady changes to industry and employment norms. Where people work, and who they work for, is changing. In the decade leading up to 2017, there was a steady increase in the number of tax returns that included self-employment income. This reporting change was particularly notable for women, who are increasingly taking on sole responsibility for mortgages and property ownership.

While some of the self-employment earnings increase is citizens incorporating a side hustle (crafting, repairs, skills, etc.) into their traditional earnings, it is also indicative of a global trend towards a more liberated model for employment. Working from home is becoming more common as is freelancing and contract work as a sole model of earnings.

While freelancing can sound enticing, working at home, being your own boss, choosing the hours you work, one of the most common hurdles is adapting to fluctuating income, rather than a predictable monthly salary. This can be difficult enough with day-to-day considerations such as food and bills but getting a mortgage can become an uphill struggle.

After the global financial turmoil, the Office of the Superintendent of Financial Institutions implemented and developed the B-20 guidelines, settling on a finalized version in 2017. While the restrictions that were implemented were designed to try to prevent a repetition of the problems that lead to the financial crash, they have also placed the self-employed worker within an undesirable mortgage framework.

Recent predictions of 45% self-employment in Canada have not yet come to pass but are undoubtedly part of the near future. So, as the proportion of citizens that are making some, or all, of their income via self-employment rises, more of them will start to fall afoul of the increased stringency the guideline enforces.

Prior to the B20 guideline, income was part of the approval factor for mortgages, but credit score also played a larger role. Most institutions would give a basic form of approval to anyone with a provable income and a credit rating of 675 or over. Large institutional lenders no longer see entrepreneurs as a sound financial opportunity, Instead, rating them as risky (almost by default) based more on their provable income rather than their credit score. Another factor in self-employed income is the expensing of items against tax which further muddies the perception of an individual’s income.

So, even where an independent worker might be able to prove they have a regular income, perhaps as a result of retainer agreements, they can still be viewed as undesirable borrowers by banks.

Despite the changes brought in by B-20, there are some steps that the self-employed can undertake to improve their position when approaching a lender regarding a mortgage.

Along with income and credit score, a lender will likely look at your tax status to see if you owe a sum to the taxman. This check usually comes in the form of a review of your standard T1 general tax return and your business and professional activities statement as issued by Revenue Canada. If you do owe taxes, this may be considered as debt you are carrying, so wherever possible make sure you are up to date with your reporting and your payments before starting the loan process.

In order to “win over” a lender, be prepared to provide more information than normal, particularly business-related paperwork such as tax statuses for the business, contracts or agreements that might indicate future earnings, and a variety of other documents at the lender’s discretion. Be prepared by making sure you have as much easy access to your personal and professional financial documents as possible.

One of the upsides for self-employed borrowers is the diversity of lenders. Since the millennium, the financial market in Canada has grown and developed beyond the core banking institutions of the last century. A plurality of lenders also means a greater number of products available to borrowers. Products that take into account the financial status of the borrower as well as their aims.

All those products need assessing though, they need to pass your criteria as much as you pass theirs. Will I be protected if my earnings vary? Will I have to make a larger down payment? Will I have a shorter amortization period? Will I pay a higher interest rate?

At Canadalend.com our experts are knowledgeable, helpful and, most importantly, independent. Our experts have decades of knowledge and access to hundreds of lenders and their products. Unlike a mortgage officer at a large financial institution, they are skilled at finding the product that matches your needs, rather than selling you a specific product for a commission. Whether or not that product is right for you.

Contact Canadalend.com today to learn more about how we can help find the right product for you.